Erosion is a natural process that has been occurring in the Catawba River basin since the river first formed. Although the movement of sand, rock, and soil is always happening, it can be greatly accelerated by human activity. Sediment, produced by erosion, is the number one source of pollution in North Carolina waterways. Sources of sediment include: construction site activities, farmland erosion, streambank erosion and alterations, and the removal of well-forested buffers along streams. Excessive sediment in the water buries aquatic nurseries, reduces water clarity and suffocates fish. Sediment can also carry harmful pollutants such as fertilizers and pesticides, pathogens, fecal matter, and heavy metals that further hinder the aquatic conditions for fish and other wildlife within the ecosystem. 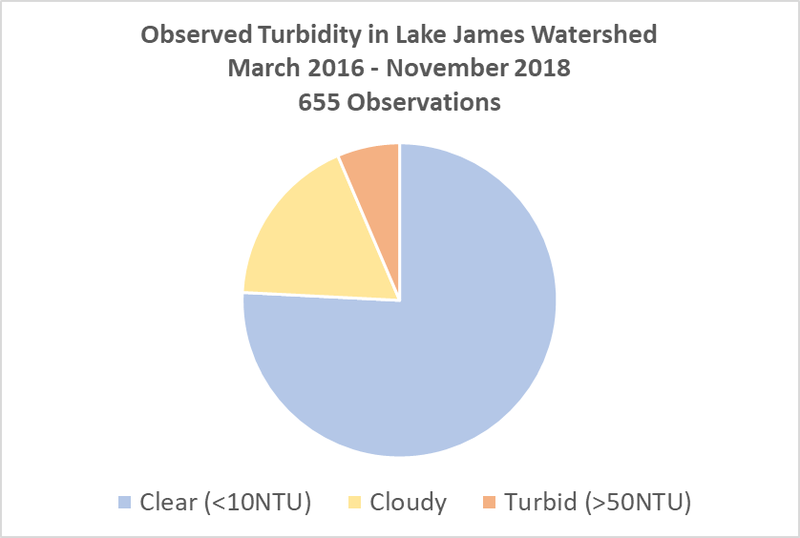 LJEA has been monitoring the amount of sediment, and the turbidity (cloudiness), at a limited number of sites in our streams since 2002.  That monitoring has indicated that we have levels of sediment and turbidity that are similar to streams across western North Carolina. Beginning in March 2016, LJEA expanded its monitoring efforts and has recorded 655 turbidity observations.  Approximately 76% of samples were “clear,” 18% had enough sediment (“cloudy”) so that they were not healthy over the long term for sensitive species (such as trout), and 6% of the samples were turbid and unhealthy for most aquatic species if they were exposed to that level over a long period.  An important source of sediment is streambank erosion. In 2018, LJEA and Appalachian State University assessed 21 stream sites for erosion potential. Ten of the sites had low erosion potential and eleven had moderate erosion potential, with two sites being ranked just below a high erosion hazard index.  This work continues and future work will include assessing upland erosion and Lake James shore erosion. 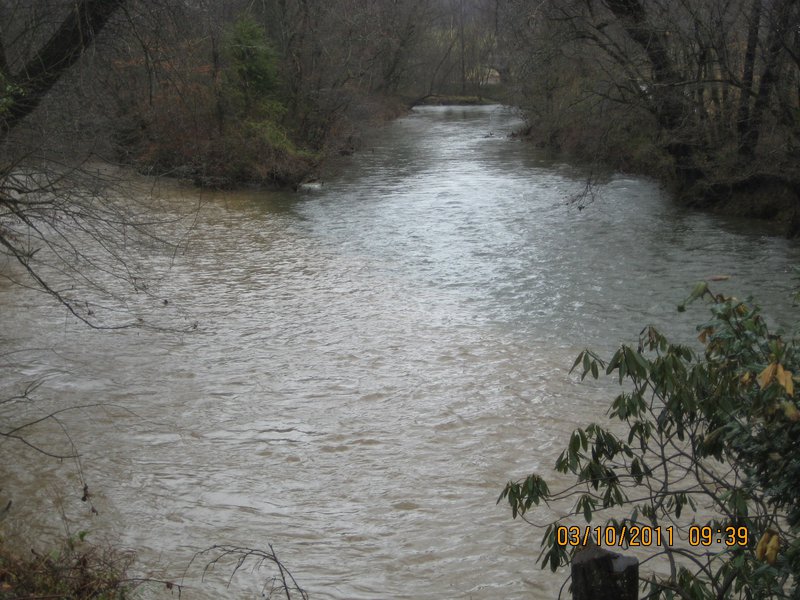 The Lake James shoreline has been eroding since the lake was formed.  There is little data available to quantify the erosion rates and whether or not those rates are accelerating.  There are, however, some factors that indicate that shoreline erosion may be increasing, including continuing shoreline development and the increase in boat traffic on the lake.  Both shoreline erosion and sediment delivered to the lake by the inflowing rivers and streams are contributing to the accumulation of sediment on the lake bottom. From the perspective of water supply and hydropower production, given the large volume of water stored in the lake, the amount of sediment that has accumulated is of little concern.  However, the accumulated sediment has impacted the aquatic habitat and fisheries in the lake and sometimes presents problems for boating and docks in parts of the lake. The turbidity of the lake water is sometimes a concern to those who boat, fish and swim in the lake.

The erosion and sedimentation in the rivers and streams that flow into Lake James is typical of western North Carolina.  The long-term data does not show the watershed to be significantly different from others in this region. However, shoreline erosion rates around Lake James likely exceed those in most western North Carolina lakes.  The primary factors causing higher erosion rates, beyond natural conditions, are the high volumes of boat traffic and the way that the lake is operated. Even under average rainfall conditions, the water level in Lake James varies nearly ten feet seasonally, much more than most western NC lakes. That variation exposes the shoreline to erosion and makes it very difficult to establish vegetation within that zone.

Further information about each of these areas of erosion and sedimentation are discussed in the body of this report.